According to a study of over 16,000 mobile YouTube users conducted by Google, 75% of respondents said that mobile is their primary way of accessing YouTube. At first glance, that figure may come as no surprise – after all, how shocking is at that a survey of mobile users finds that they watch a lot of YouTube Mobile? However, it’s actually a rather telling number.

For some of us, watching YouTube on a mobile device is an additional way to watch video, not the primary way. But as it turns out, for a large majority of mobile video users, it’s completely the opposite.

A word from our sponsor:

The Medill School of Journalism at Northwestern University offers programs that combine the enduring skills and values of journalism with new techniques and knowledge that are essential to thrive in a digital world.

The survey found that 70% of the respondents reported visiting YouTube Mobile at least once per day and, while there, 58% spent more than 20 minutes per visit. 38% even when as far as to report that they feel like YouTube Mobile is replacing their desktop video usage entirely.

As noted by the Google Mobile Ads blog post reporting this data, these figures aren’t really a surprise. It referenced a recent Nielsen survey that found that YouTube Mobile is the number one mobile video viewing site in the U.S., with more than 7.1 million uniques.

Of course, Google is revealing this news to get at mobile advertisers – the post mentions that advertisers can now buy a “daily roadblock” which allows them to own all available ad impressions for 24 hours. Those ads would run on the Search, Browse and Home pages of the mobile website.

Obviously, that’s a great way to reach a wide audience of video viewers in the U.S., but advertisers should realize that these are only the viewers who head to the website m.youtube.com. As described on the Advertising page for this product, the roadblocks reach those who “engage with the mobile site on the homepage, browse and search pages from any mobile device including Android, iPhone, Blackberry, and feature phones.”

Browse and search pages, it says. Web pages, not apps.

The blog post’s image depicts a recent campaign for Diet Coke on top smartphones including the iPhone, Blackberry and Android. However, on these devices, YouTube viewers have access to native applications pre-installed on their phones. Wouldn’t it be fair to assume that more streams come through those apps on the smartphones? How much of the smartphone audience is being targeted when you buy an ad on m.youtube.com? We’ve reached out to some mobile video experts to further research this and will collate our findings into a future post on ReadWriteMobile. Stay tuned. 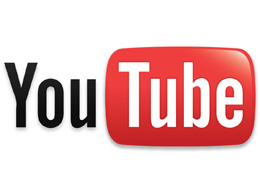 The new live streaming platform will be previewed in a two-day trial beginning Monday, but is expected to later grow considerably across the Google Inc.-owned website.

“This is just an initial trial, a first step,” said YouTube product manager Josh Siegel. “We’re going to look at a whole bunch of data about the performance of our new platform and then, based on that, make decisions about how we’ll open it up, with the goal of opening it up to all of our partners over time.”

For the last two years, YouTube has offered numerous events live, including a U2 concert, cricket matches in India and President Barack Obama’s first State of the Union address. But for all of those events, YouTube relied on third-party technology to enable the live webcasts.

Chris Hamilton, a product marketing manager at YouTube, said live streaming is “a natural evolution to online video” that “adds an extra level of engagement” for the site’s audience.

YouTube, though, is far from the first company to step into the streaming video space. Startups such as Ustream.tv, Justin.tv and Livestream have already established themselves.

But YouTube remains the largest video platform on the Web and is expected to quickly become a considerable force in the rapidly growing live streaming video business.

ComScore recently announced the amount of time American audiences spent watching the major live video publishers grew by 648 percent in the last year. The advertising possibilities are also good, since the average live streamed video view is 7 percent longer than the average online video view, according to ComScore.

Hamilton said YouTube will be monitoring the live trial to see how well the video looks and how well servers handle any bandwidth increases.

Among the broadcasts scheduled for Monday beginning 11 a.m. EDT is Rocketboom, which is planning an hour-long variety show, pulling from Rocketboom and its numerous spin-offs. Producer Leah D’Emilio said the site is planning a TV-like broadcast, with multiple cameras and correspondents.

She expects that live streaming will further engage the YouTube community.

“Any time you can bring your viewers into a broadcast — like making a shout-out to someone who left a comment — the audience really gets excited about that, on YouTube in particular,” said D’Emilio. “It breaks down any kind of wall between the people on camera and the people who are watching.”